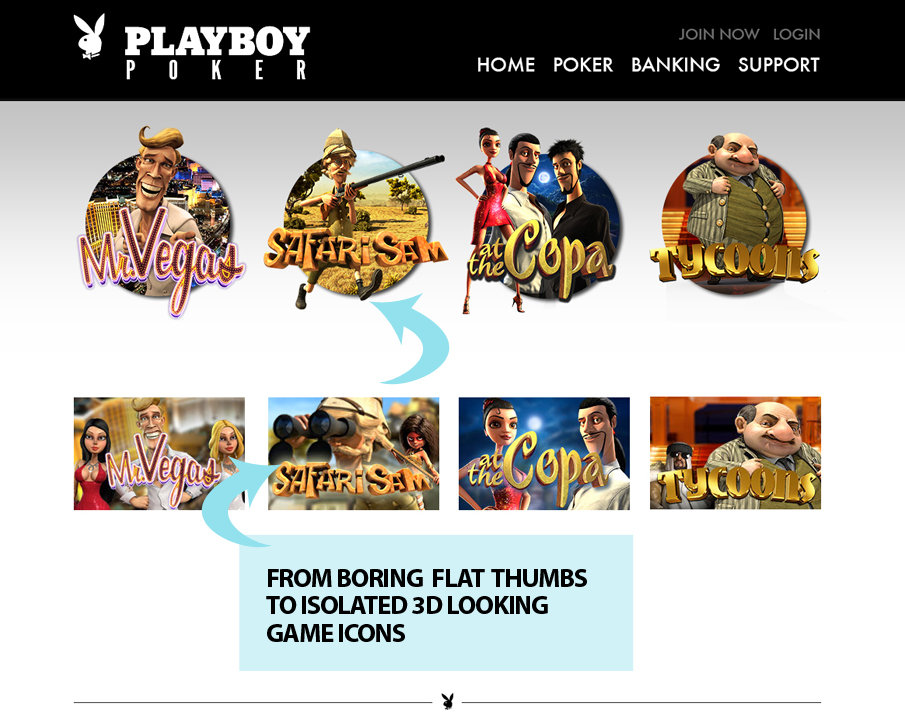 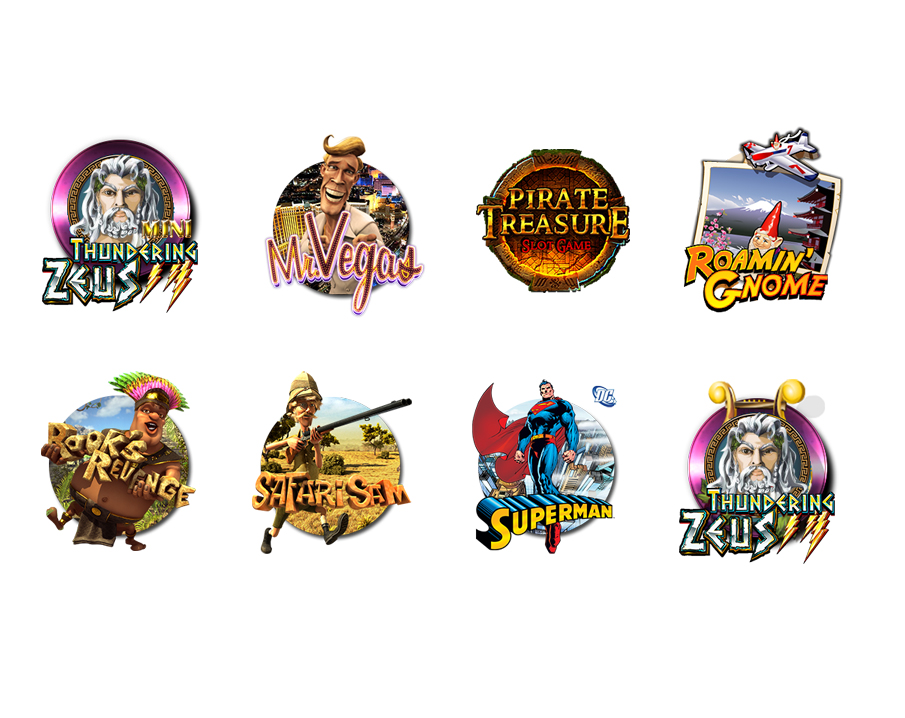 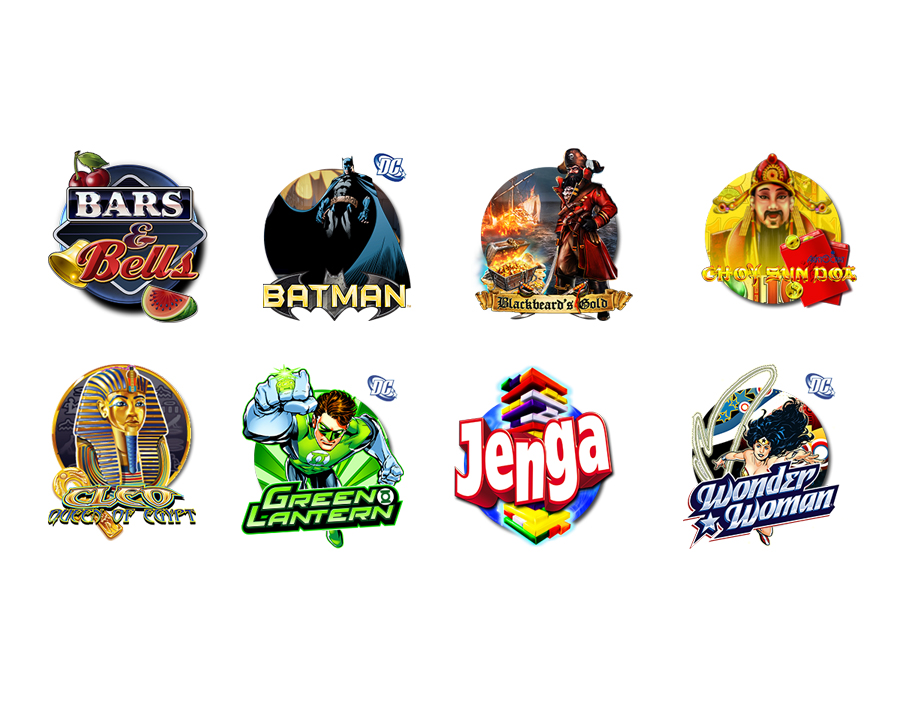 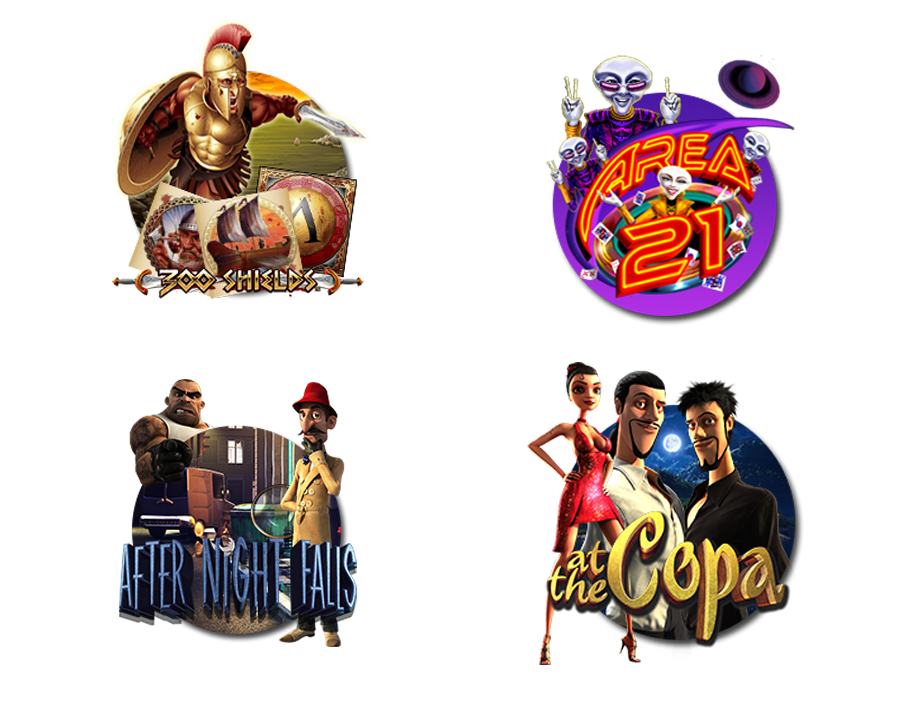 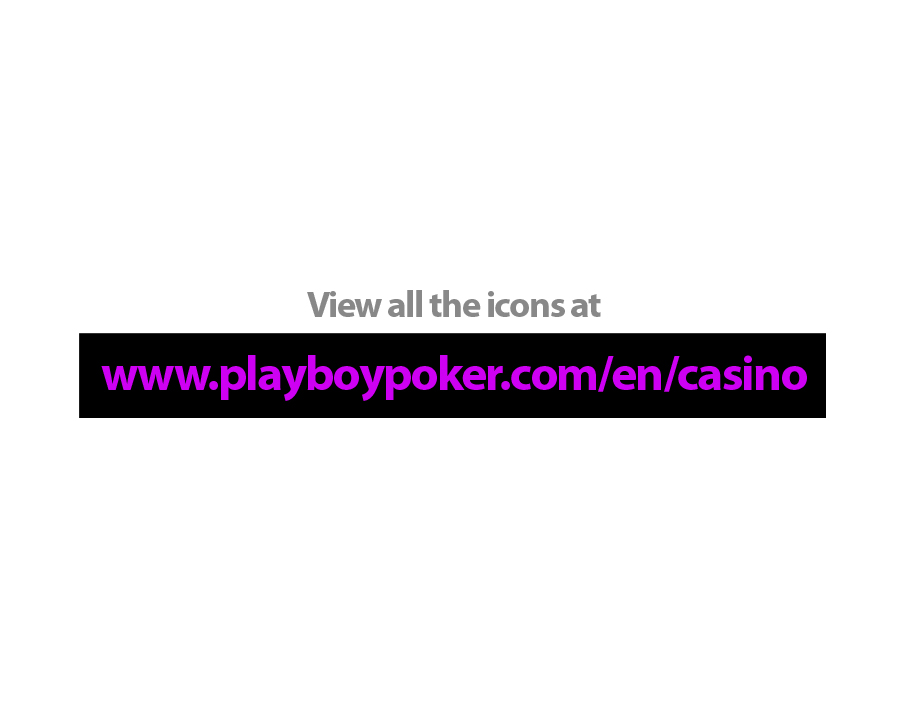 When I was given the the task to built PlayboyCasino.com I wanted to introduce a new look to the game section. Most of the gambling websites (if not all of them) showcase the games in a small, squared-looking, thumbnail. This, of course is because there are loads of them displayed in the same page and they might get nasty on the page load when accessing them.

After some beers, some talks with the dev-team and some testing with the system handling png’s, I’ve came up with the idea to make the games look like they are coming out of the screen whilst keeping them small but with good quality… and the trick was to isolate every single element and give them the depth of field.

This idea got approved and I had to suck it up and re-brand all the game icons. When they were introduced to the public and officially launched on the site we have received a very good feedback from different figures in the industry.

“Critics are saying they are the first of their sort”

You can view all the icons here www.playboypoker.com/en/casino